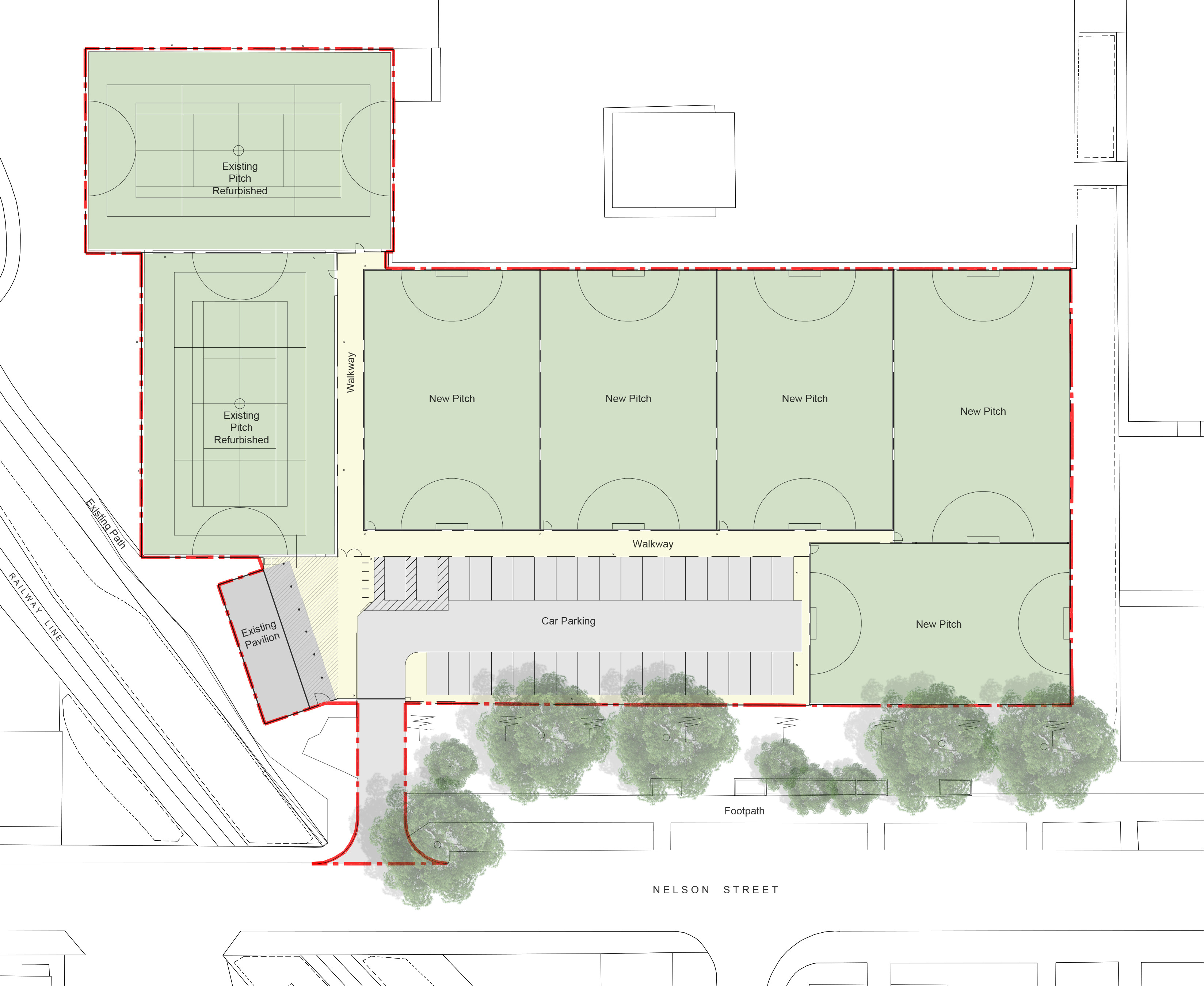 Assalamualaikum, Following two years of detailed discussions with Aberdeen City Council the charity has concluded a formal agreement on the acquisition of the Nelson St playing fields. The land will become part of the waqf and owned by the charity the facility will be run as a commercial operation and open to the general public.The charity are applying for planning permission to re-develop the site once we get permission then we can give a further update insha’Allah

An opportunity to create a vibrant, multi-purpose Community Space in the heart of City is just one step away after

A planning application for new community sports facilities at Nelson Street was submitted by the Alhikmah Foundation for its Urban Fields proposals.

The application, which follows two years of detailed discussions with Aberdeen City Council and other stakeholders, would see £1million invested in the derelict Nelson Street Playing Fields, which would importantly see the current facilities transformed into a modern, vibrant and multi-purpose space that can be enjoyed by everyone.

The proposals consist of:

‘’We were overwhelmed by the level of support we received from across the City and beyond when we first bid for the site back in 2017. Whilst it has taken a bit longer than we had originally hoped, we are delighted to have submitted the proposals, which would importantly see the derelict and unloved pavilion and playing fields, transformed into a modern, multi-purpose space that can be enjoyed by everyone.’’

‘’ We look forward to the continued support of the local community, and hope that Aberdeen City Council will approve these proposals, which would transform the open space into a vibrant and dynamic community hub in the heart of the city.’’

The investment by the Alhikmah Foundation in Urban Fields follows on from the £2.5million that they have already invested in the Masjid Alhikmah and Community Centre on Nelson Street, another important urban regeneration project within the City.

Back to All News